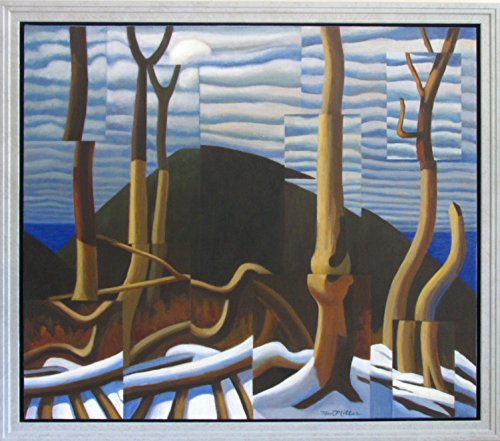 ANOTHER VIEW is a variation on "Above Lake Superior" by Lawren Harris, a famous Canadian artist and leader of the Group of Seven. I began by cutting up several photographs of the Harris painting and making a photo collage which became the sketch for the painting. The mis-aligned sections of the painting give the original static image a feeling of movement and transience. Its like combining several glances as one passes through the landscape. ANOTHER VIEW is framed in a box style silver frame which is wired and ready to hang. 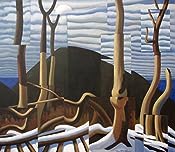