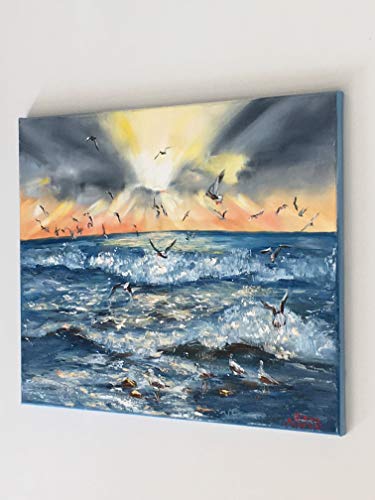 Collection Â«Selected Seascape ArtÂ» * * * Â«Diana Malivani passionately conveys her effervescent personality through each graceful touch of paint to canvas and her use of texture manifests itself as a creative haven upon which she symbolically cultivates organic pastures that possess the ability to simultaneously induce calm and empower the viewerÂ». * * * Â«The captivating combination of artistic techniques adopted by Malivani provokes deep intrigue and curiosity in the spectator, who is charmed by the sophisticated and inviting aura as each painting evokes the blissful and uplifting spirit and hopefulness of natureÂ». * * * Â«Diana Malivani. Critical AnalysisÂ» by Timothy Warrington, Art Critic, 2019 (International Confederation of Art Critics. Chianciano, Italy) * * * For the Artist, seascapes represent an inexhaustible source of inspiration. A principal goal of artists depicting seascapes is to convey the Â«music of the seaÂ». Diana believes that seascapes created on canvas should awaken in the soul of the viewer the desire not only to participate in the subject of the painting but also to hear the Â«music of the seaÂ». * * * FREE WORLDWIDE SHIPPING 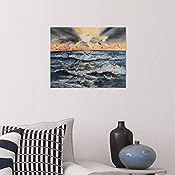