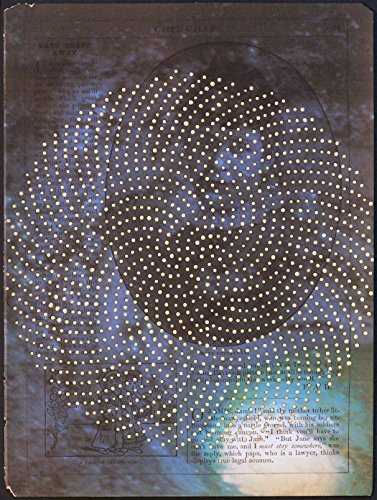 â€œFermat-Fibonacci-Phyllotaxisâ€ is composed of paper from a book that is over 100 years old. The book is for children and titled, â€œChit Chatâ€, published in Boston in 1897 by Lothrop Publishing Company. I consider the paper to be an ephemeral object and treat it with delicacy and intimacy. Having been previously printed as text sheets, each leaf is processed again by an inkjet printer .The images I use are from one of NASAâ€s sites dedicated to the photographs captured by the Hubble telescope. You can observe remnants of this in the blue color. After the Hubble image was printed on one side, a layer of red oxide was painted on to the page in the image of an a Fibonacci spiral. Gold leaf adhesive was brushed on to this image to create a sticky film in order to bond leaf to paper. Rubbing the leaf with an agate tool establishes the desired variable appearance.
Tweet