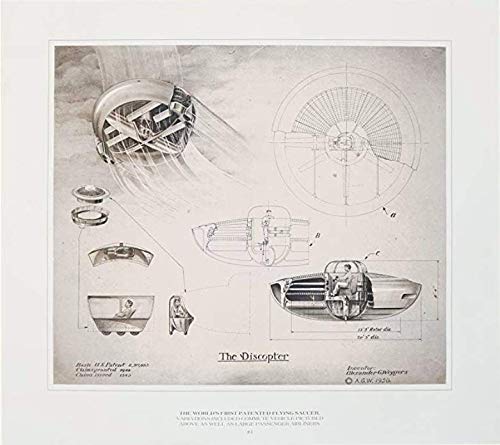 Alexander G. Weygers was fascinated with the concept of flight from an early age. He created the Discopter with the dream of revolutionizing aviation in a way that had never before been seen. Watching dolphins skimming the waves at the bow of ships, he wondered how they could swim so fast, for such a long time. When he realized they were actually surfing the cushion of water pushed in front of the ship, he was inspired to apply this principle to the designs for his flying machine. Weygers designed the Discopter to float on a stream of air from internal rotors, housed within the body of the machine. Alexander Weygers patent was granted in 1944, and only a few years later, the UFO craze arrived. Though his Discopter was never built, Weygers is credited as the father of the UFO design, and his work is revered to this day. Limited edition of 1000. Print is color of second photo. 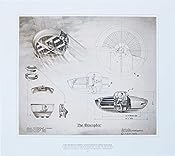