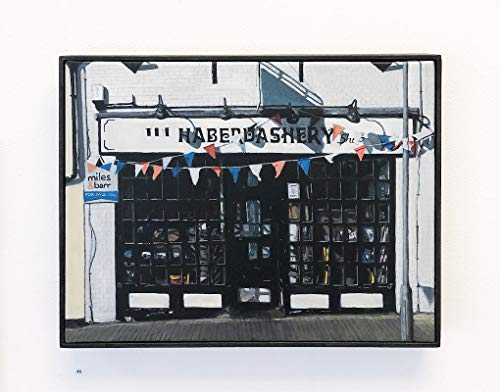 Haberdashery, Ramsgate is from a series of paintings exploring the coastal towns of Britain and issues of urban decay, towns in transition, gentrification and independent shops. I was exploring Kent during filming for Sky's Landscape Artist of the Year in the summer of 2018 and noticed so many old shops that were either closed or still surviving. This shop has closed since I painted it but because it was split in two separate sites for 7 years and is now thriving in one bigger premises. I was drawn to the unusual signage and I'm glad to see that it's been replicated on the new premises. I loved the way the bunting and the sign cast beautiful shadows across the facade and the detail in the windows from all the stock.