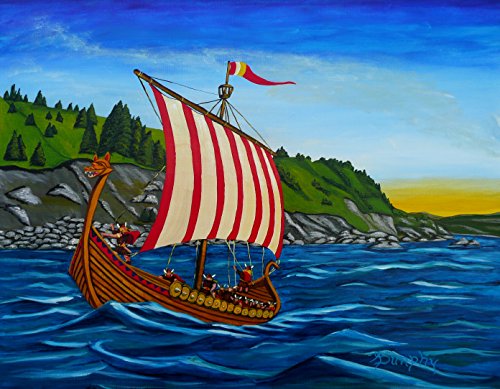 About 1000 years ago one of these Norse longboats appeared off the coast of North America. These people were searching for a new homeland. The area on the northernmost tip of the island of Newfoundland is believed to be the place where the Norsemen settled, called Lanse Aux Meadows. Contrary to popular belief, the term Viking was not referring to the people but the act of raiding so it is correct to call this a viking ship but the people were not Vikings. This painting has been created using only professional grade acrylics on archival quality canvas paper which allows for fine detail work. The overal size is 16X20 inhes which is 40X50 centimeters.
Tweet